Will Daniel Marsh, a convicted murderer in California, be released from prison?  He’s only served ten years.

At 15 he committed a brutal murder in Davis, California.  He stabbed to death a husband and wife.  Police didn’t solve the case for two years.  But Daniel Marsh began bragging of how he killed the two and got away with murder.  Police questioned him.  After a short time, he confessed.  His detailed description of the crime and how he enjoyed it, caused even seasoned detectives to worry. 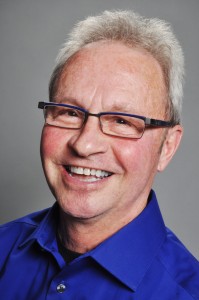 At the time, under California law, the prosecutors tried him as an adult and convicted.  Sentenced to 52 years in prison, Daniel Marsh began his sentence.  Today, he may be released from prison at age 25.  Why?

California passed a new law which prohibits anyone under 16 from being tried as an adult.  See the story on CBS news:

In most states, the law says a juvenile may be tried as an adult.  But the minimum age is 16.  During Daniel Marsh’s trial, California law allowed a 15 year old.  But now California changed to set the minimum at age 16.  Which raises a lot of questions about his case.

—When arrested, police questioned him for over 3 hours.  No parent or lawyer accompanied him.  Is this a fair way to get a confession considering how immature kids are at 15?  Should he have the same protections (a lawyer) that adult suspects get all the time?

—Psychiatrists diagnosed Daniel Marsh as a psychopath—scoring one of the highest scores ever seen.  But psychological research clearly shows that kids do not have a fully formed brain or capacity for mature judgement until at least 18 or older.  Should Daniel Marsh be held to the same standard as an adult?  What if his psychiatric profile has changed?

—The offense and his careful, cold-blooded execution of the victims stunned the police.  Should the brutality and lack of empathy he showed be taken into account?  Is that a standard we should use to decide if a juvenile goes to adult court?

—What programs are available for both punishment and rehabilitation for juvenile killers?  The public must also be protected from killers like Daniel Marsh.

It’s a tough situation for both the victim’s family and Daniel Marsh.  What do you think should happen?