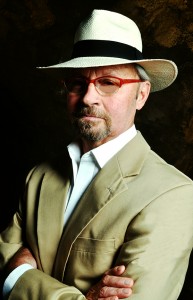 Like many of you, I listened to the media and the “experts” dissect Michael Cohen’s testimony before Congress.  But I worked as both a prosecutor and defense lawyer for 40+ years so I saw a legal piece that people missed about his testimony.  In fact, other “experts” missed several pieces.

Of course, the big question was: did Michael Cohen lie to the House committee?

To determine that, let’s look at tools that anyone can use.  The media “experts” kept saying to be believable, Michael Cohen should produce corroboration for his accusations.  That means, he needs to have more evidence—independent of himself.  A good example is the check he gave to the committee.  But there are many more tools besides corroboration the experts missed.

Here’s what I mean.  All states have guidelines for juries to help them determine the trustworthiness of witnesses in trial.  Let’s look at Florida’s list as an example.  (These are similar across the country)   Anyone can apply these tools to Michael Cohen’s testimony.

1.  Did the witness have the opportunity to see and know what he testified about?

2.  Did the witness seem to have an accurate memory?

3.  Was the witness honest and straightforward about answering questions?

4.  Did the witness have an interest in the outcome of the case?

5.  Has the witness been offered anything to get them to testify?  (Reduced prison time is common)

6.  Has any pressure or threats been made against the witness to get them to say something?

7.  Has the witness been convicted of a crime that involves dishonesty or truthfulness?

8.  Has the witness testified earlier to things that contradict what he testified about in this trial?

As you can see from this list, there are many other things to keep in mind besides corroboration.  All of these tools are equally important and should be used by anyone trying to decide if someone is lying.

You can use them for any case.  Not only Michael Cohen.  Think back to the senate hearings on Judge Brett Kavanaugh’s appointment to the Supreme Court.  Christine Blasey Ford testified about him.  Again, all the “experts” kept harping on the lack of corroboration.

That’s when other tools become important for you to use.  Think about these the next time there’s public  testimony.  Of course, the Michael Cohen hearing was not a trial.  It didn’t have the tight rules that are applied in a trial.  That give the best chance for a jury to find the truth.

As in so much of politics, the truth is irrelevant.