Remember that for years the state had legally separate drinking fountains for black and white people?  Today, under new laws passed in Alabama known as  HB56,  illegal aliens in the state may not be able to drink any water. 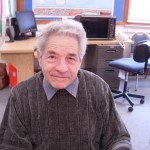 It’s been called the strictest anti-immigration law passed in any state in the country.  Prohibitions of the law include anyone lacking proper citizenship papers may not “enter into a business transaction with the state or a political subdivision of the state.”  As a result, one city and possible more, are threatening to shut-off water from the local government utility to residents if they don’t have an Alabama driver’s license of a social security number.

To me, this sounds worse than the “Jim Crow” laws that allowed separate but equal public facilities for black and whites, including drinking fountains.  Some people respond by pointing out that merely entering the U.S. illegally is a crime.  Therefore, illegal aliens are criminals and don’t deserve any services including school, medical, public aid, or even water.  However, all criminals in jail or prison received not only water but food and shelter also.  (What a deal!)

The government’s argument for the new law is that the illegal aliens put a financial strain on public services and take jobs from all the Alabama citizens who would like to work but can’t since an illegal has beaten them to the job application interview.  The business community is upset because their labor force has started to disappear and will be severely depleted.  One man who owned a laundry cleaning business told an NPR reporter that the Alabama citizens he hires don’t even stay on the job for a month before they quit.  In contrast, the immigrants are happy to get a job and stay working a lot longer.

The governor of Alabama responded by assuring everyone there were enough Alabama citizens who wanted work and  would take the newly available jobs that formally the illegal aliens did.  We’ll see.

So beyond the moral problems of refusing water for people who pay for it, there’s the practical problem of who will fill these jobs.  When is the last time you saw a roofing crew that was not Hispanic?

The U.S. Justice department has moved into federal court to stop the implementation of the new law.  The basic legal argument is two-fold:  border control and immigration are federal issues and the law could violate many parts of the Constitution.

When the authors of the bill said they introduced it to “protect jobs for Alabama citizens,” is this the real reason or are they drifting back to the separate drinking fountains from years ago?