My third book is called, Flashover, which refers to a point in a fire when the gases are so hot they explode like a bomb and destroy anything in the vicinity.  Obviously, it’s a dangerous situation for fire fighters and they avoid it at all costs.  The book is about a serial arsonist/murderer who keeps setting newer and bigger fires in the Twin City area.  I’m not a fire fighter, so how did I learn about fires and how to investigate them? 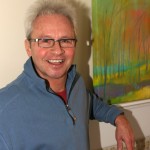 One of the best parts about being a writer is the opportunity to follow whatever curiosity you have that could be used in a story.  I got the idea of a  serial arsonist from a real case in California in the 80’s where a fire investigator had become a national expert because of all the fires he managed to solve.  It turned-out he could solve them because—he set all of them!

I wondered what would happen if something like that occurred in my town and the fires kept getting bigger and more deadly and no one could figure out who was guilty?

My main source of information was one of the Minneapolis Fire Dept. fire investigators.  Like the character in Flashover, my friend was female and smart.  She was generous enough to spend several hours with me going through all the details of a fire investigation and giving me other resources also.  For instance, she talked about how difficult it is, physically, to investigate a fire.  Even though it’s “out” the fire is probably still smoldering and giving-off toxic gases.  It’s still hot and dangerous to be climbing around the remains of a house or office that has burned.

She showed me some of the high-tech equipment they use.  When they’re looking for the presence of gas, they used to have dogs trained to smell it.  But the toxic environment of a fire was too hard on them and they died early.  Now, the fire investigators have a small gadget which measures gases at the scene.  It’s a hydrocarbon meter and the one she used was the MultiRae Pro .http://www.raesystems.com/products/multirae-pro The investigator collects a sample of gas in one end of the machine.  It’s passed over a heating element and the machine has a meter that shows the presence of different kinds of gases.  Then, the results can be uploaded to the crime lab for permanent storage or further analysis.

If they find the presence of gasoline, for instance, that’s pretty good evidence that someone started the fire rather than an accident.

The other aspect that’s so fun about this kind of research is that most people are proud of what they do for a job and are happy to talk about it.  That makes it more fascinating for me—and, I hope, for my readers!!