I’m thrilled to announce the publication of my new suspense mystery book, The Amygdala Hijack!!  It’s a new series with a new hero named Ted Rohrbacher.  He’s a criminal defense lawyer who has retired from the courtroom and never wants to go back there.  When an old friend, Dan, contacts him and tells Ted he’s about to be charged with murdering his wife, Ted reluctantly agrees to take the case.

But there are several problems about the case Ted has never seen before:

1.  The murder victim’s body has not been found.  Can the prosecutor still prove murder without a body?  And did Dan really kill her or did 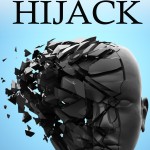 someone else break into the house, as Dan’s says, and kill his wife.  Can Ted and his investigator find this mysterious stranger in time to win Dan’s trial?

2.  Dan has served in Afghanistan and came back with a mental condition known as the Amygdala Hijack.  It means that a part of the brain, the amygdala, fires before the rational parts of the brain.  It causes the person to do crazy things—often violent—which are out of their control.  Did Dan really kill his wife while under an amygdala hijack?  Or, can Ted use this as a mental illness defense in his client’s trial—even though the mental illness defense law in Minnesota is a hundred years old?  Can Ted convince the judge to update the law?

3.  In his previous work as a prosecutor, Ted was fired for something he did wrong.  It tore apart his family so that when he takes on Dan’s case, Ted’s wife threatens to leave him for good.  Can Ted get the mystery solved and the case won before his wife and family are gone?

I also did tons of research about technical aspects of crime solving.  The sheriff’s office uses a new,underwater vehicle to search for the murder victims, body, Ted is educated about blood stain analysis from the crime scene, and he even learns about jazz music from his investigator, a black woman who was a former cop and plays the saxophone.