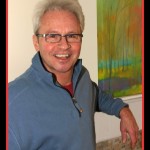 After the shooting/death, Minneapolis police investigated the case and presented their evidence to the prosecuting County Attorney.  The elected prosecutor, Mr. Michael Freeman, has announced that the shooter will not be charged with a crime.

Does this mean Mr. Freeman sides with the good Samaritan viewpoint?

I don’t think so.  As a former prosecutor myself, there are two points to be considered by Mr. Freeman:

1.  What evidence does the prosecutor have?

Since there were only two people involved in the shooting and one person is now dead, the only evidence left is the shooter’s version–which he claims is self-defense.  The County Attorney doesn’t have any other contradictory evidence, so that by itself dictates the decisiion to not charge the rescuer with a crime.

2.  Is there any forensic evidence the prosecutor could use?

If you consider both these points, it’s easy to see the County Attorney’s decision was the only position he could take under the circumstances regardless of how he may feel about the incident.