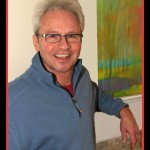 Off the coast of California smugglers used their 30 foot boat to ram a Coast Guard boat, killing Chief Petty Officer, Terrell Horne.  http://www.nytimes.com/2012/12/09/us/smuggling-is-on-the-rise-off-southern-california-coast.html?scp=1&sq=coast+guard+officer+dies&st=nyt&_r=0  Could this tragedy be a hint of a serious threat to the United States?

With the increased vigilance across the land borders of our country, more smuggling has gone to sea.  Of  course, drugs constitute the largest product for traffickers but shipments of humans are right behind in numbers.  Since 2008, there’s been a fourfold increase in episodes involving smugglers off the coast.  They are traveling further out to sea to avoid law enforcement surveillance, going longer distances up the coast, and are using larger, more powerful boats.  Many of the Coast Guard boats are inadequate to meet the challenge.

So far, only drugs and human cargo have been seized, but the smugglers have so much money they’ve become more sophisticated.  For instance, last year the Coast Guard discovered a cache of fuel drums for refueling attached to buoys fifty miles off the coast.  Some of the boats are so large they can carry up to ten tons of narcotics.

Should we have expected these new routes?

Absolutely.  In research for my new book, Fallout, I discovered that many trafficking operations are set-up specifically to probe our borders, looking for soft spots.  these groups contract with all kinds of people including spies who watch the border crossing spots daily, financial people to bribe border security, lawyers to exploit legal loopholes, and even legitimate business that may be tempted to include an amount of illegal goods in with their legal shipments.  Like mercury, these groups flow around the borders, constantly changing their operations to take advantage of opportunities.  When one hole into the country closes, they move on to a new, vulnerable point.  As a result, many of the trafficking networks are tough to stop. 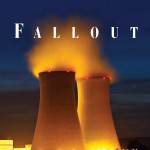 Should we worry they will become a more serious threat?

Most law enforcement organizations are the traditional, pyramid-style structures.  Because of that and various constitutional and legal restrictions, law enforcement moves slower than the criminals.  And then, there’s funding.  As the profits rise for traffickers and they can invest in bigger and better boats, governments are cutting-back on funding for law enforcement.

Today, the traffickers are able to bring-in drugs and humans.  Tomorrow, the cargo could easily change to terrorists who will wash-up on the beaches of California.