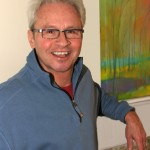 My first book, Reprisal, is about a terrorist who steals smallpox virus  from Russia in an attempt to infect school children in Minnesota and start a pandemic.  Little did I know that non-terrorist scientists may have created a potential plague–much worse than small pox.  See the editorial in a recent issue of The New York Times:  http://www.nytimes.com/2012/01/08/opinion/sunday/an-engineered-doomsday.html?_r=1&scp=1&sq=An+engineered+doomsday&st=nyt

Scientists in the Netherlands created a virus so toxic that if it ever escaped or was stolen by terrorists, the potential harm would be catastrophic.  The scientists from the Erasmus Medical Center in Rotterdam are set to publish their findings in two scientific journals–making it easy for terrorists to copy and create the virus.  As a result, the American Federal Advisory Board has asked the scientists to leave out critical details.

Which is more important: scientific freedom or protection of the public against a potential doomsday?

To understand the problem, it’s important to know what the scientists are doing.  Many public health officials have been worried that viruses that are common in poultry and birds  (Like the AH5N1) might “jump” to humans and spread easily by coughing or sneezing–that could have devastating effects.  Much worse than small pox–one of the biggest killers in the history of humans.

Usually, the virus doesn’t “jump.”  But what if it somehow mutated to the point that it could jump?  That’s what the scientists in the Netherlands and the University of Wisconsin were studying.  To accomplish this they bombarded the AH5N1 virus with a variety of genetic changes or mutations.  During this process, they made only five genetic mutations that enabled the virus to spread through the air.  What if terrorist scientists read the proposed publications and created their own lethal virus?

What makes this research troubling to me is that no one,  not even the funding source The National Institutes of Health, ever conducted a rigorous analysis of the potential dangers before giving the money.  And since the mutated virus did not exist prior to the research, why was it done in the first place?

The scientists say their research may lead to the development of the correct antiviral drugs to be used in the event of a breakout.  But if the mutated virus didn’t exist, why would we need an antiviral drug?  Isn’t this backwards?  Dangerously backwards?  Also, there’s no guarantee that any mutations which might occur in Nature will match the mutations developed in the lab–meaning the antiviral drugs wouldn’t work.

What should we do?