They can be used to find lost children or pets, stop poachers, help fire fighters find victims, follow fleeing crooks, and even find terrorists. . . so why are drones so controversial?  Why are ten states considering legislation to limit the use of drones by law enforcement?  We’ve all heard about President Obama’s controversial program of using drones to kill suspected terrorists, even Americans, but did you know that local law enforcement also uses drones?

By the way, what is a drone?

Technically, called unmanned aerial vehicles, drones are small, ultra-light, slow-flying airplanes without human pilots.  Think of your next door neighbor’s hobby of flying remote controlled model planes in his back yard.  A drone is similar. 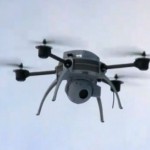 Their development goes back several decades, but their military use really took-off during the war in Afghanistan when they were successfully used not only for surveillance missions but also to target and kill Al Qaeda terrorists.

Local law enforcement recognized the surveillance benefits of drones right away and have been using them to get information on a variety of activities.  For instance, the Department of Natural Resources can watch for poachers from the sky and catch them in the act of killing animals—all recorded in great images.  Drones are equipped with high resolution, digital cameras that can take remarkably clear and detailed photos/video of all of us.

It happens enough that ten states, including my own of Minnesota, have introduced legislation prohibiting law enforcement from using drones for routine surveillance or to gather evidence against U.S. citizens.

Is there a precedent for this?

Certainly—the 4th Amendment to the Constitution prohibits any “unreasonable searches and seizures” of citizens by law enforcement. Exceptions to this law are when police obtain a search warrant signed by a judge or have a reasonable suspicion that they need to act quickly (don’t have time to get a search warrant) to prevent imminent danger.  Otherwise, they are prohibited from searching or even looking over the fence into your back yard in order to spy on us.

The intent of the legislation is to keep police from conducting routine surveillance on innocent citizens or groups—let’s say they’re meeting privately to demonstrate or protest something.  Proponents argue that the tool (drones) is able to get a “bird’s eye view”—something that humans can’t do—to reveal incriminating activities on the part of dangerous people and that drones also have the huge benefit of not putting the lives of police officers at risk.

Where should we draw the line?