I’m  excited to announce that my third book, Flashover will be published on Sept. 1, 2013! 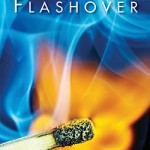 Like my previous books, this is a suspense crime novel set in Minneapolis.  The main character is a young, female prosecutor named Zehra who is ambitious to become a judge.  She is assigned a case of an alleged arsonist and hopes a successful conviction of the suspect will give her reputation a boost and her self a judgeship.

Trouble is, as she works on the trial, she becomes concerned that they have accused the wrong man.  There have been a series of suspicious fires during one of the hottest summers in the history of Minneapolis.  While she’s prosecuting the suspect, Cyrus Miller, other fires break-out, including a huge fire near the Mall of America which kills several people.  Did Cyrus Miller also do that one?  If not, who is the real arsonist?  Will she convict an innocent man?

Meanwhile, the villain is planning the biggest fire of all time—an explosion at Target Field, where the Minnesota Twins play, that will burn it down and kill thousands of people.

I did extensive research into many subjects that will interest readers.  The personality of a serial arsonist is much different than that of other criminals.  This villain is also a sociopath—only 4 % of the American population qualifies as such.  When you combine a sociopath with an arsonist—watch out!

I also interviewed a fire investigator from the Minneapolis Fire Department to learn how they investigate fires to determine if it’s arson, who started it, and where the fire started.   A security expert taught me how to build a bomb—not that I’d ever do that!  The arsonist will use that information to blow-up Target Field.  You’ll find out what the villain knows.

The story builds in suspense and Zehra must solve the case and discover the villain in order to stop the fires and the killing.

Also, if you live in the Twin City area, I will host a book release party at:

There will be free food, wine, and live music in addition to the party!  Come celebrate with me and let me thank you for your support!