Over my lifetime, I’ve tried many jury trials—all criminal cases.  After 30+ years, I’m so used to the process I over-looked something.  It’s the biggest misunderstanding the public has about criminal trials–a trial in America today has nothing to do with innocence.

Most people assume that a jury will find the accused guilty or innocent (not guilty).  Or that a decision of not guilty means they didn’t do it.  The media often has the same misunderstanding and uses the word “innocent.”  People think the prosecutor presents evidence of guilt and the defense presents evidence of innocence.  Wrong.

There are no jury trials in America today that have anything to do with innocence.  That’s because of three reasons:

1.  The accused is already presumed innocent during the entire jury trial.  No matter what the prosecutor says or how bad the evidence against the accused looks, he is presumed (automatically) innocent—unless the jury finds him guilty at the end of the trial.

2.  The 5th Amendment to the Constitution guarantees that an accused may remain silent during a jury trial and can’t be forced to testify.  He may offer evidence to show the jury he’s not guilty, but he doesn’t have to prove that he’s innocent.

3.  Since the government has accused a citizen with a crime and has the power, the government is required to prove guilt.  They have to prove it beyond a reasonable doubt.  They must also convince all twelve jurors.  If the government fails, the jury is instructed to find the accused Not Guilty.

It doesn’t mean the accused is innocent.  Instead, it means the government failed to prove their case. 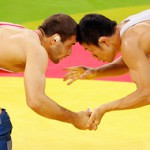 There are only two verdict forms given in a jury trial: Guilty and Not Guilty.  There’s no verdict of Innocent.