Here’s a quote from a recent issue of The Times-Picayune of New Orleans: 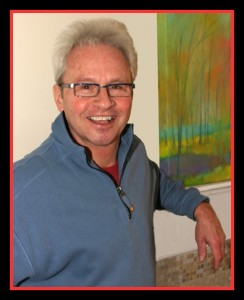 “Louisiana is the world’s prison capital.  The state imprisons more of their people, per head…(such that) Louisiana’s incarceration rate is nearly triple Iran’s.”

Let’s look at Louisiana first.  In the early 1990s the prisons were so overcrowded a federal court ordered the state to reduce overcrowding.  There response was not to let people out (two thirds of Louisiana’s offenders are non-violent compared to about one half for the other states), but instead to “privatize” the prison system and encourage entrepreneurs to build private prisons.  Coincidentally, most of the prison entrepreneurs were rural sheriffs, looking for a guaranteed way to make a buck and profit.

What started as an interesting idea didn’t work out as well as anticipated: why not get rid of the cost of holding prisoners from the state budget and transfer that cost to private industry?  The projected savings in the state budget must’ve looked impressive.  It didn’t work.

I think the fundamental problem is that the goals of government and prisons are much different than the private company goals.  Of course, one common goal is to protect the public by locking-up the dangerous criminals..  Beyond that, the state’s goal is rehabilitation and eventual re-entry of the offender into the community (less serious offenders)  to lead productive lives.  The goal of private prisons is to make a profit; rehabilitation is a secondary goal–if at all.  In fact, there’s an economic incentive not to rehabilitate people in order to keep them in prison and the state to keep paying for their stay.

In order for these for-profit prisons to make money, they must keep their beds full.  In order to do so, the sheriff’s association has supported many tougher sentences for all offenders to keep them in prison longer.

What’s even more crazy, is that Louisiana also has a series of “state prisons” where the people sentenced to life imprisonment stay.  The per diem spending on the “lifers” is twice that for the people in the for-profit prisons.  Consequently, the lifers can received advanced job training–even thought they’re never going to get out.  The people in profit prisons don’t receive much, if any, job training.

Although Louisiana is the worst example of this privatization of prisons, many other states do the same.  Check your own state to see what they’ve done.  I predict this problem will only grow because of two things acting in concert:

1.  Legislatures continually want to “get tough on crime.”  Instead of adding money to prevention, police, and education, they simply increase the penalties for various crimes–leading to exploding prison populations and exorbitant costs.

2.  States that are in tough financial situations often think privatization is the answer to their problems.  It’s not.  As the prison population, already the highest per capita in the world,  ages we see the kind of trouble that my state, Minnesota, faces:  they are building a geriatric prison to handle the increased and very expensive problems of aging prisoners:  hip replacements, knee replacements, dialysis, etc.

It’s only going to get worse!