Question:  What if I come to the rescue of a robbery victim and I chase the attacker to try to get back the victim’s purse.  When I catch-up with

him he pulls a gun on me.  Is it okay for me to shoot and kill him?

Is this self defense or murder?

This situation really happened in Minneapolis and it’s troubled many people.  Let’s look at their concerns:

1.  The shooter is another example of “vigilantes.”  Untrained but armed citizens who “take the law into their own hands.”

2.  This is a Good Samaritan who tried to rescue a victim and stop the attacker.  He provided a public service, and when the attacker turned on him the rescuer acted in self-defense.

As a criminal lawyer myself, clearly the rescuer is within his rights to help the victim.  Also to try and recover the stolen purse.  To even chase the attacker.  He was also licensed to carry a gun.  But once the attacker turned and ran away, the rescuer doesn’t have a duty to chase him.  What about self-defense?

But he did choose to run after the attacker.

In Minnesota, the right of self-defense is defined as: 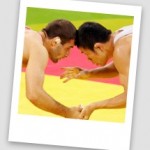 Taking of the life of another is authorized when necessary in resisting or preventing an offense in which the actor reasonably believes exposes the actor to great bodily harm or death to himself.

In the real case we have only the rescuer’s version since the attacker died from the gunshot.  It’s possible that either man acted in self-defense.  The rescuer could be charged with some level of homicide, although the prosecuting attorney has said he will not do so.

One concern that I have is the “vigilante” aspect of this incident.  For all I know, the rescuer acted as a Good Samaritan and only when he was threatened with death himself, reluctantly pulled out his own gun and shot the attacker dead.  But what if his intention from the start was to act as law enforcement, knowing he was armed and ready to shoot at the smallest reason?

As a society, we license law enforcement to use force—only after rigorous training and education about weapons and violent situations.  Most of us, even if we’re licensed to carry a weapon, lack similar training and may act in a rash, wrong, and deadly way.