Since February 1, most of you received your tax documents in the mail.  And a few of you are actually thinking of filing your tax returns early this year—well, very few! 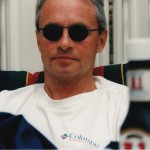 It always amazes me to listen to lawyers riding the elevators between court rooms chuckle about how they’ve “beaten” the government again—by getting a tax refund after filing their returns.  Two hundred dollars, eight hundred, it doesn’t matter.  They’re convinced it’s a big score.  What they don’t remember are all the dollars that were withheld by both the feds and the state during each of their pay checks through-out the year.  And the government had the use of that money for all those months.  People in small businesses understand that because instead of withholding, they pay-in every quarter.  Believe me, they know how much the government is taking from them.

The income tax was enacted in 1913.  For several years, people paid their taxes in a lump sum.  So long as taxes were fairly low, people didn’t complain too much.  When the Great Depression came along and people were still required to pay, the complaining and tax evasion began.  Congress was worried that economic times were so tough that most people would either be unable or refuse to pay their taxes.  So, they came up with a brilliant solution—withholding.

Now, from every check you get paid, the government withholds a portion of your estimated total tax bill.  We’ve gotten so used to it, that we don’t even notice how much is being withheld and we trust our HR departments to get it right.  But Congress understood human psychology well.  If they calculated the withholding rates too low, people would still have to pay on top of all the money withheld.  They wouldn’t be happy.  But if the calculation withheld a little too much, then tax payers would received a refund.

One of the more interesting things in history about taxes are the fact they’ve been used to put some of the worst criminals in jail.

In the 1920s, many gangsters, profiting from illegal sales of booze during prohibition, managed to insulate themselves from the criminal act of selling and the further criminal acts of murder that seemed to always accompany the gangsters who fought for turf.  It was almost impossible to convict any of these notorious criminals.

An unlikely pioneer in the field of criminal prosecutions came in the form of an unknown woman named Mabel Walker Willebrandt.  She was a bored housewife in California who went to night law school and became an assistant attorney general under President Warren Harding.  She noticed that many hoodlums had vast amounts of money but paid little in taxes.  She was the first person to come up with the idea of prosecuting these criminals for tax evasion—if they couldn’t be prosecuted for murder.

At first, no one agreed with her including the courts.

But she persevered and eventually convinced the courts to hear the cases.  Within a few years, many of the most notorious gangsters in the U.S. were behind bars as a result of tax evasion trials.

Even the famous, Al Capone, was easily convicted and sent to jail in spite of the inability of the government to get him on bootlegging or murder charges.

The lesson for us—pay your taxes!!!