— One of the purposes of setting bail is to ensure public safety.  If the defendant is charged with being a serial rapist or serial killer, chances are—whatever color they are—a judge is not going to set low bail (or no bail).  If the accused gets out, there’s a chance they’ll repeat their crimes and rape or kill more people.  Also, if a gun or other violence is alleged to have been part of the crime, the accused may have high bail set.  None of us like criminals with guns out on the streets.

— The second purpose of setting bail is to make sure the accused returns to court.  If there is a history of warrants for the accused’s arrest because he failed to show up for previous court appearances anywhere in the criminal justice system . . . it’s not a tough choice for a judge.  If the accused doesn’t have close or long-term ties to the community, it may indicated he would flee if released on lower bail. 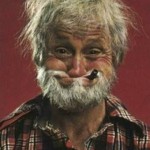 — In Minnesota, the law says the judge must assume the alleged facts in the case are true—for the purpose of determining bail.  There is no presumed innocent until proven guilty standard when setting bail.

— The upshot of all these factors means that people of color usually have higher bail set when they get into the criminal justice system.

Do you have an experience like this?  (You don’t have to tell all the details!!)